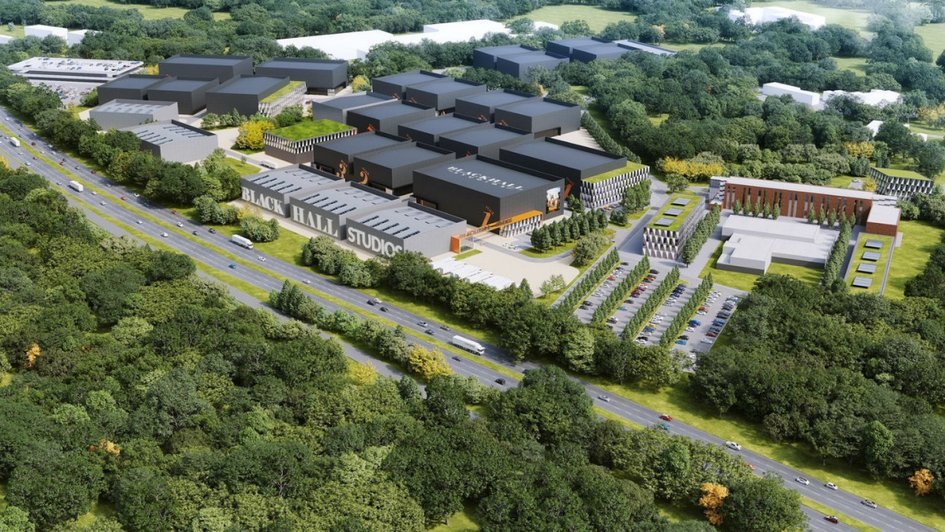 The team here are Voyage have been busy since last Summer working to support the University of Reading's new commercial director - Darren Browne - bring to life an incredible vision for what is currently known as the Thames Valley Science Park. Blackhall's development will be a huge catalyst for the continued growth and success of the UK creative sector, which in turn is a major contributor to the success of UK plc. As well as attracting substantial foreign inward investment, business and talent to this tech metropolis that is the Thames Valley, Blackhall's arrival could create as many as 3000 jobs. This will benefit the local economy and collaboration with the university and its students will help address the other major shortage in UK production - skilled labour.

Cine Valley (Film & Media) is only one of the four valleys this exciting vision will deliver. There are three more... Hera Valley (Heritage & Arts) –  following a successful partnership with the British Museum - which is relocating its important Archaeological Research collection here - a first between a national museum and UK university designed to deliver public and research benefits. Medi Valley (Health & Life Sciences) – a cluster of biotechnology, pharmaceutical and healthcare organisations working with the University will be given the opportunity to link with local healthcare provision. Nano Valley (Innovation & Technology – building on the existing technology businesses already here, and its prime location close to Heathrow on the M4 corridor, Nano Valley will be a centre of growth for innovative technology businesses of all sizes, attracting new, diverse companies and giving them connections to the staff and talent at the University of Reading.

Blackhall said the 'growth rate global demand for creative moving image (CMI) content is unprecedented. The large traditional US film and TV production companies have seen powerful new entrants such at Netflix disrupt the market with new delivery models driven by technology and consumer lifestyle changes'.  So players like Disney, Netflix, Apple TV, Amazon, Universal and Sony all want to expand operations into the UK'.

'Blackhall’s vision includes combining traditional physical production space with state-of-the-art, creative digital media facilities to create a digital media hub including businesses in special effects, augmented reality, animation and e-gaming. With its existing pre-eminence in digital technology, the Thames Valley is an ideal location to base the new studios.'

As well as Blackhall's initial investment of $195 million the deal looks likely to bring "£500 million ($651 million) investment per year to the U.K. economy. Liz Truss, international trade secretary, announced this morning that the 'UK and US are each other's most significant investors and this announcement demonstrates both the strength of our trading relationship and signals a more comprehensive trade agreement with the US post-Brexit. The aim is to deepen our existing trading relationship and grow our creative industries'. All very exciting news for GB plc, the local creative industry and the University of Reading known for its expertise in film & TV, heritage and the Arts.

And the news is out - even in Hollywood